Sexual assault is a pervasive and common problem everywhere. This April, you can help raise awareness and prevent sexual violence in your community.

Here are 5 easy things you can do this month (and every month):

One: Use social media to spread the word.

Nearly everyone uses social media, making it a great platform to help raise awareness. For some ideas and images visit www.nsvrc.org/saam/get-involved. You can also follow Women In Need on Facebook.

Two: Call out jokes or comments that promote sexual violence.

Have you ever heard the phrase “The pen is mightier than the sword?”

Words are very powerful. Jokes or comments may seem harmless, but they can help shape our culture.  Making fun of rape or victims sends a strong message that rape is acceptable.

Unsure about how to tell someone what they said isn’t okay? Check out this comic on Upworthy.

Three: Intervene if you see something.

Be an active bystander. If you see something, do something. There are many different things you can do.

Direct: Intervene in the moment to prevent a problem from happening. For example, asking someone who looks really uncomfortable in a situation if they need help.

Delegate: Get someone who is better equipped to handle the situation. For example, calling the cops.

Distract: Interrupt the situation without directly confronting anybody. For example, changing the subject or spilling a drink.

Victims are still not believed or are blamed when they disclose being sexually assaulted. No matter what the victim was wearing or if they were drinking, they did not ask to be assaulted.

Anyone can be a victim of sexual violence, including men, and everyone reacts differently. It is important to believe victims even if they don’t fit the stereotypical idea of a victim.

It is also important to understand that many victims do not report sexual assaults right away or ever for many reasons including fear. If someone discloses years after an assault, that does not mean they are lying; it means they are finally finding the courage it takes to come forward.

Five: Teach your kids about consent.

It’s also important to start teaching kids about consent early and often. Teaching children that their bodies belong to them and they are not entitled to anyone else’s body is just as important as teaching them math and reading because it can help keep them safe throughout life.

It can be as easy as teaching kids to ask permission before giving hugs or high fives and respecting others decisions when they say “no.” For more ideas on teaching kids consent check out this article.

Also, don’t forget to support agencies that help victims of sexual violence like Women In Need! We provide services to victims every month including individual and group counseling. We are also a part of the Franklin and Fulton County Sexual Assault Response Teams. Our role is to provide accompaniment and advocacy for victims at the hospital.

Learn more about how to support us during April and every month here. 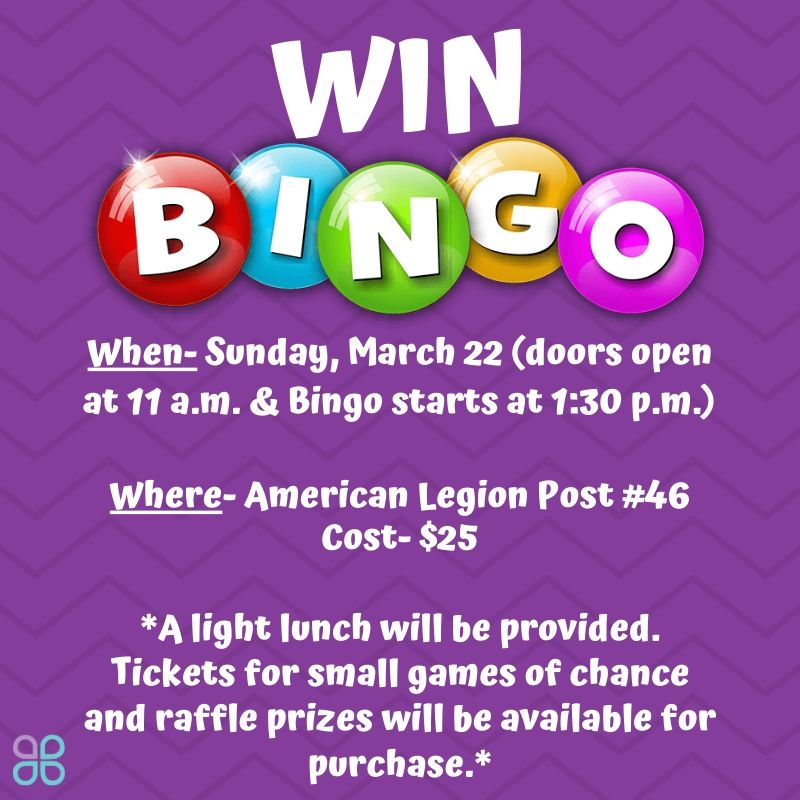 Please consider joining us for a day of Bingo fun! All proceeds benefit our agency and our continued mission to empower all survivors of domestic abuse and sexual assault.
View Calendar
Add
Facebook Twitter