Did you know that on a global scale, human trafficking profits are an estimated $150 BILLION per year? Of that, approximately $99 billion comes strictly from sex exploitation.

There are many myths surrounding human trafficking and what it really is. By definition, “human trafficking involves the use of force, fraud, or coercion to obtain some type of labor or commercial sex act.”

One of the biggest myths is the belief that trafficking involves the transport of an individual or group of individuals from one place to another, or across state or international borders. Human trafficking can happen all within the boundaries of a victim’s state, city, neighborhood, or even in their own home.

Recognizing the signs of a victim in a human trafficking situation isn’t always easy either. A few distinguishable signs of a trafficked individual are: works long hours or maintains an unusual schedule, they are unpaid, paid very little or only receive payment through tips, they are not given breaks, they seem anxious/paranoid, they show signs of poor health or hygiene, they aren’t in control of their own money or finances, and they often have very limited personal possessions.

Human trafficking victims come from a wide range of backgrounds, ethnicities, and personal circumstances. There are, however, certain things that make certain people more susceptible to being lured into a trafficking situation. For example, runway or homeless youth, people that have experienced previous traumas (such as domestic abuse or sexual assault), and members of the LGBTQ community are just a few groups identified as more at-risk for getting recruited into a human trafficking situation.

Victims of trafficking are recruited a number of ways. One of most common ways younger victims come in contact with a trafficker is through social media, parties, and popular locations like the mall or shopping centers. Another tactic used is the promise of romantic relationships. The trafficker will engage in a romantic or physical relationship with the victim and then force them into commercial sex. Other commonly used methods are online ads looking for “models,” the promise of wealth and financial security, and by having their current victims recruit their friends or acquaintances.

END_OF_DOCUMENT_TOKEN_TO_BE_REPLACED 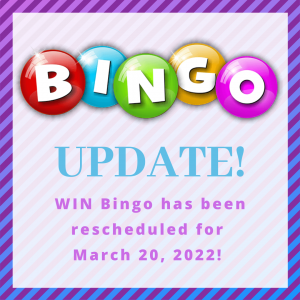 BINGO HAS BEEN POSTPONED UNTIL 3/20/22 DUE TO THE COVID-19 PANDEMIC. ALL TICKETS PREVIOUSLY PURCHASED WILL STILL BE VALID.   Please consider joining us for a day of Bingo fun! All proceeds benefit our agency and[...]
View Calendar
Add
Facebook Instagram